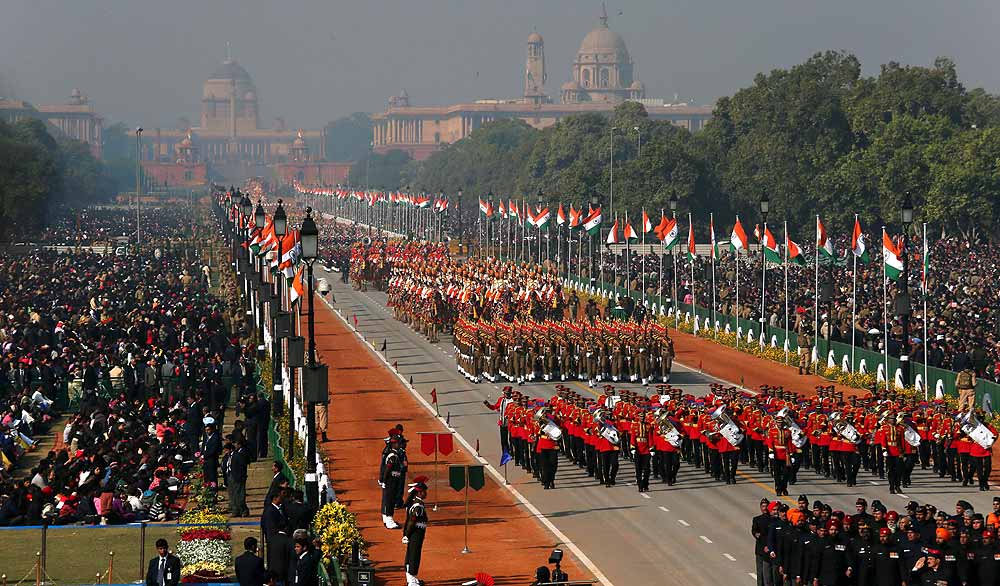 Ah, the Indian Republic Day! The tribute at the Amar Jawan Jyoti, the parades, the tableaus, the march past…the show of strength…

I remember when we were kids…switching on the television early morning, watching India at its finest, on Doordarshan (the only channel available). The commentary was a damper (very boring, and it hasn’t got better) but the excitement of watching the parade more than made up for it. There were cheers, some disappointments depending on how good or bad the Karnataka state tableau turned out to be… 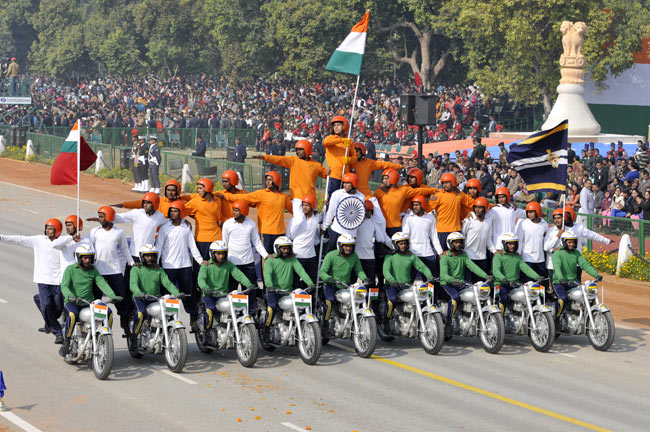 Watching the airshow, the planes flying past in formations, painting the sky with the colors of the Indian flag…and the record breaking motorcycle daredevils, who managed to somehow cram more people per square inch of bike space, every single year!

Over time, the number of channels increased and hence the options, and gradually the only thing that remained was the holiday mood. There was talk of even doing away with the so called ‘Soviet style vulgar display of state strength’, but thankfully sanity prevailed. The marches continued…its 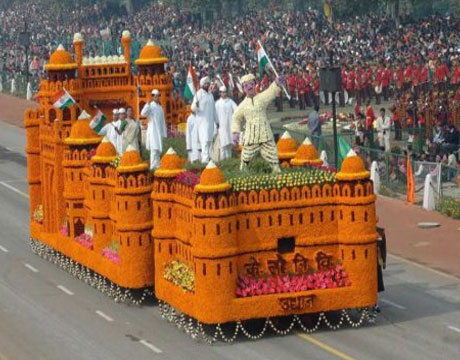 audience diminishing but its grandeur unscathed…But nostalgia nudges you with her elbow ever so subtly sometimes, and one yearns for those days. And then sometimes we do watch the parade, and become kids once again.

We need the Republic Day. To remind us of its significance yes, but also to bring out the sense of pride and ‘Indianness” in us. Once every year, India comes out dressed in full splendor, her children watching in awe as she proudly displays her diversity and her prowess. She shows us why we still have tears in our eyes and a lump in our throat when we stand for our National Anthem. She proves that we may have many squabbles, but we are all one family. One India.

Here is wishing us all a very happy Republic Day…JAI HIND!

1 thought on “The Indian Republic Day”