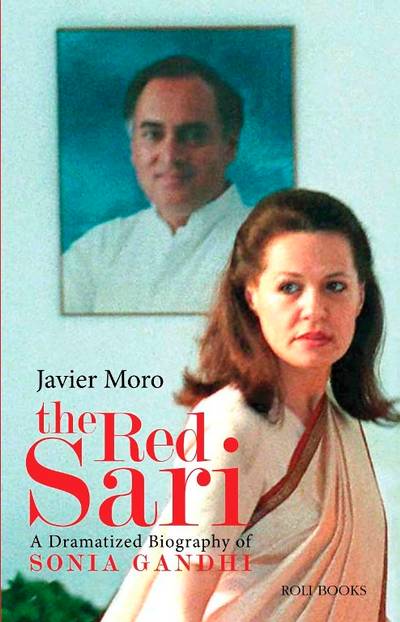 As i finished this book, I wondered…why in God’s name would the Congress want to ban this??

The title claims this to be a dramatised biography of Sonia Gandhi…but it comes across more like a hagiography. More on that later.

The book starts well. Rajiv Gandhi’s assassination opens the first few pages, and we are soon drawn into the life of the Gandhis. After devoting a few pages to the almost “Mills & Boon”-isque romance of Rajiv and Sonia, the author brings in arguably the most interesting character – Indira Gandhi. She captivates the imagination like no other, having led India through some of its most turbulent years. A lot of anecdotes in this section make it an interesting read. Sample this:

(on being informed by B.K.Nehru that President Lyndon B. Johnson had asked him how Indira would like to be addressed)

“Let him call me whatever he wants…” she said, and before her cousin had left the room she added, ” You can also tell him that some of my ministers call me ‘Sir’. If he likes, he can do that too”

“Why doesn’t she tell me in person instead of writing me a note?” asked the Italian girl (Sonia Gandhi) on the verge of tears. “Mrs Gandhi finds it hard to express herself,” Usha answered, “she’s a rather introverted lady. But don’t worry about the letters, she also used to communicate like that with her husband and her father.”

The book races through the Indira Gandhi years, describing how she handled internal and external pressures, electoral compulsions and an increasingly united opposition. Here again, there are a lot of subtle, yet very engaging excerpts.

On a personal front too, the author manages to give us a detailed insight on the rise of Sanjay Gandhi and India’s weakness for her much maligned son. Her closeness to Sonia, and her apprehensions about Menaka (Sanjay’s wife), are dramatised well. At this point I could picture this as a well written Indian political soap, impossible to make now, but perhaps someday.

And then it happens.

Somewhere around the Eemergency, the author takes a marked turn…from being an interesting observer to becoming a staunch supporter. From then on, anyone named Gandhi is a saint and the rest are the vultures waiting to tear India to shreds. From Menaka ( described as loud, scheming and viscous) to Morarji Desai (Orthodox conservative urine-drinking Hindu), no one is spared. Its about here that Sonia begins to acquire a sort of divine grace, and the whole family is shown to be the best thing that ever happened, and could happen to India.

The author manages to sugar coat Indira’s worst years (Emergency, Operation Blue Star) and the subsequent riots of 1984 are quickly swept under the carpet. At this point, the book begins to sound like one long eulogy to the sacrifices of the Gandhi family, their trials and tribulations and their “sense of duty” to protect the country from “Hindu extremists like the RSS and the BJP”. The author reserves nearly all of his venom for the Hindus, and soon goes from labelling RSS as extremist Hindus to all Hindus as extremists and vile. Sample this:

“Every minute that goes by, the slogan of the Hindus, “India shines”, seems even more ridiculous, as if the voters had uncovered the falseness of that over-confident propaganda, which left aside most of the people, those that are not to be seen in the cities, but who now take their revenge from the burning plains and the remote villages.”

“With her historic gesture, Sonia Gandhi has reminded Hindus that the real strength of their nation lies in its tolerance, in its traditional openness towards others, in its belief that all religions form part of a search common to all of humanity to find the meaning of life.”

These are just some excerpts, the latter half of the book is one big “Sonia and India vs. the Hindus” story. The current Prime Minister Narendra Modi, finds a place of prominence as “her bitterest rival”. In 2002?? Modi was the chief minister of Gujarat then! The 2002 riots are described in detail, and a wholly one-sided version. At multiple instances, the author openly suggests that Sonia Gandhi, who by now has acquired a halo and two wings, is the ONLY person who can save India from “those Hindus”. I guess he forgot that 80% of the Congress Party is Hindu too!

By the way, Rahul Gandhi also finds mention here, as the son who always wanted his mom to stay away from politics, and this:

“And to cap this day of triumph, the news comes that Rahul has been elected as MP for the constituency of Amethi, a worthy heir of his father.”

I wonder if the author feels the same way today:))

The last one hundred pages of the book are pure sycophancy, and unbearable really.

The Red Sari could have brought out the turbulent legacy of the Gandhis, complete with their grossest mistakes. Instead, the author ends up SPINNING A YARN.