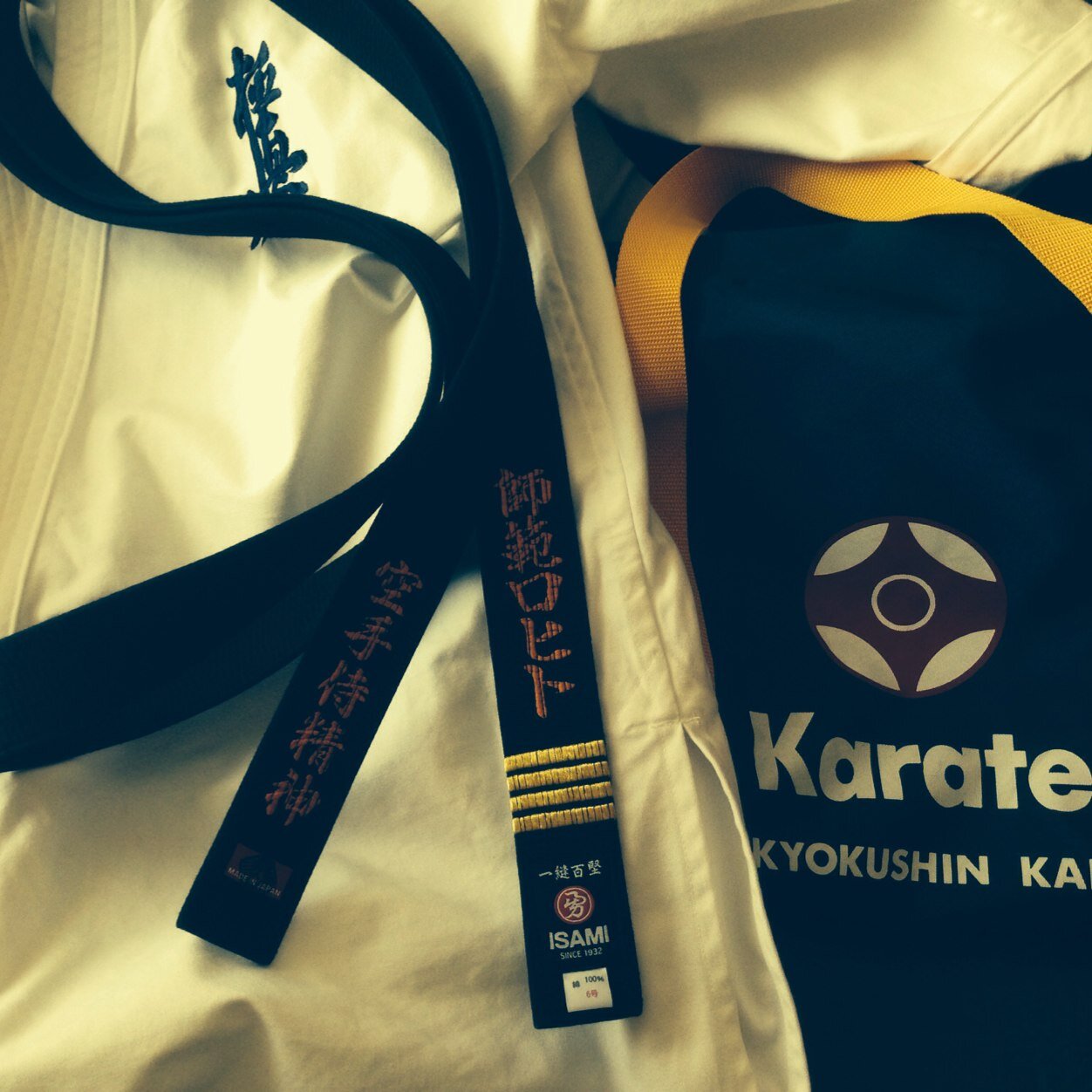 A black belt in Karate is an achievement…a big achievement. Its a culmination of years of blood and sweat, of hard toil, of pain and perseverance. A Kyokushin Karate black belt is even more treasured, since it carries with it a silent testimony of hard practice and a spirit of never-give-up. But what happens next?

Kuro-obi. The very word carries a certain amount of mysticism and awe. The first thing you hear when you tell someone about your practice in Karate is – are you a black belt? People respect the kuro-obi.

They may not know what exactly it means to go through the years and years of grueling training, but they do have an idea.

But is the black belt the destination?

Over the years, I have seen many black belts, most from the early days of their endeavor. What starts out as a passion, reaches its peak on the day the belt is achieved. And then…mostly a downward curve. The practice stops, the passion recedes, and all that is left is the thirst for misplaced power and an additional Dan. The cornerstone of martial arts is discipline, and yet, this is the first to be forsaken.

Doesn’t a black belt carry more than just your karate pants? Is there no responsibility towards the art, towards learning more and most importantly, towards justifying the kuro-obi?

The black belt is the first step in a long journey. Of self-discovery. Of challenges. Of self-realization. The explosive power of Tensho and the finesse of Kanku. The calmness of meditation and the organised chaos of the Kihons.

Immerse yourself in them. Re-discover the art that you had so much passion for. And then you will feel the steps…the sound of you moving ahead.

In the words of Miyamoto Musashi…

If you wish to control others…you must first control yourself!

A lot is spoken of the word “Budo”.

Budō is a compound of the root bu (武:ぶ), meaning “war” or “martial”; and dō (道:どう; dào in Chinese), meaning “path” or “way. Superficially translated, it is read as “the martial way”.

But what is the martial way?

Surprisingly, just like karate itself, Budo has it’s roots in ancient India. The “way” has it’s origins in मार्ग, or margā, in Sanskrit, where margā denoted the path of dharmā.

Budō is the idea of formulating propositions, subjecting them to philosophical critique and then following a “path” to realize them.

And so Budo is the way to refine your inner self – a way of self-improvement, of self-purification.

This is the objective of martial arts. Not getting a spinning kick right, or knocking out opponents.

Through practice, one develops an awareness of the body, and then of the mind, and then of the spirit. They come together, integrated, in a flow, so that when one executes a punch…one becomes the punch.

And in this, lies the inherent beauty of martial arts. What you see on screen, and what most practice in person, is but a pale imitation of what can be.

For martial arts and meditation go hand-in-hand. One is incomplete without the other. In the yogic tradition, āsanās denote the physical component, in martial arts, it is the punches and the kicks. And just as in yoga, the “not-physical” part is the real deal.

Kuro-obi is a start, a door to a wonderful life of discovery, It is a pity that many stop at this door, and turn back. Others knock, but don’t open it. And the most unfortunate of all enter the wrong door, and think that they made it to the right one…