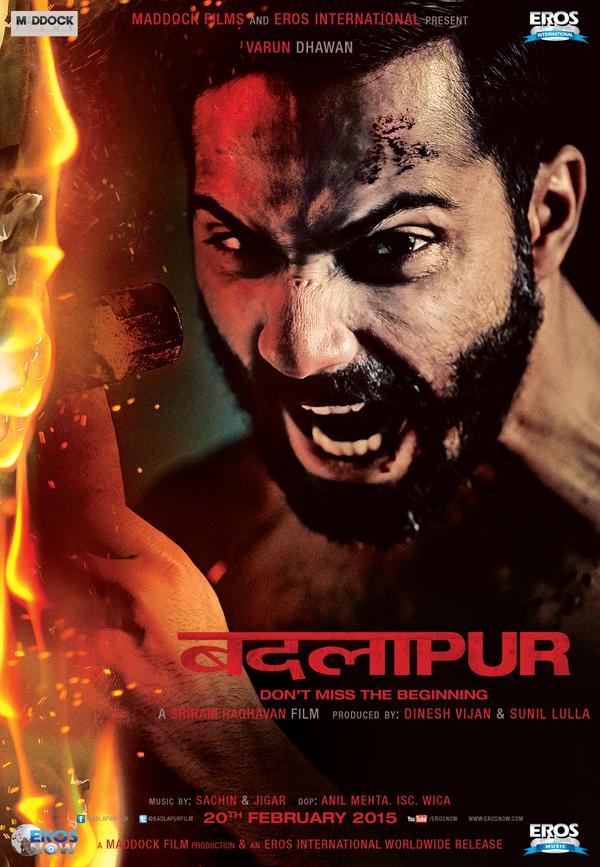 The hero, the heroine, the villain. Three essential  ingredients  of any Bollywood movie. Sometimes the hero does become an anti-hero (Shah Rukh Khan says hi), sometimes the heroine becomes a vamp. Clearly defined. Not any more. Not in Badlapur. For this town is not a dish best served cold, it’s a dish that simmers on the stove, the ingredients slowly dissolving into each other…the characters blurring the traditional lines between each otherwise ‘defined’ roles until what results is an amalgamation of all, good and bad, right and wrong…but a dish well cooked.

The chef? Sriram Raghavan, the man behind the impeccable Johnny Gaddar, Ek Hasina Thi and an undercooked Agent Vinod.  The ingredients? Varun Dhawan as the wronged, Nawazuddin Siddiqui as the target of Varun’s revenge, and a generous sprinkling of Huma Qureshi, Radhika Apte, Kumud Mishra and Divya Dutta, with a garnish of Yami Guatam and Vinay Pathak. The method? A seemingly straight revenge tale where Varun’s family is the unintended casualty of a bank robbery, leaving Varun with a burning desire to give back the grief he so got. And this would have remained a normal dish if it weren’t for the quality of what went into it.

We were so wrong. Three years back, it was a one horse race, and Ranbir Kapoor got a rude awakening when Ranveer Singh blazed onto the stage. But the dark horse turned out to be Varun Dhawan, commanding a variation in his performances that many of his seniors would love to have. To stand up to an actor of the caliber of Siddiqui is no mean feat, and Varun achieves it in every frame. Nawazuddin is first rate as usual. Huma should do more movies, her talent matches the very best. Watch out for the scene where she is forced to dance; her expressions are perfect. Yami has a short role, and looks lovely.

But the man of the hour is the director, who brilliantly carries the movie forward, inch by inch, keeping the audience guessing as to how far the protagonists are willing to go in order to extract their pound of flesh. And just when you think that the movie is going towards a predictable ending…he whips out another card and changes the game again. Brilliant.

Badlapur is a dish that will serve him the Michelin star. A shining example of noir. And Ranbir and Ranveer – watch out. Samay BADAL raha hai (times are changing) The three Khans are on the way out, and you guys were the only replacements…until Varun also came…to BADLApur.